KUALA LUMPUR, Aug 2 – The start of the walk-in initiative at selected vaccination centres (PPVs) here today has been much anticipated by those who have yet to get their appointments.

A visit to one of the PPVs — Kuala Lumpur Convention Centre — saw workers and volunteers there explaining to eager Malaysians who had turned up why they did not qualify for their walk-in vaccination just yet.

Married couple Manimala Maniviku and Barathan Anbalagan, both 29 years, were both frustrated after being told vaccinations for those aged of 18 and above only begin on August 5.

“We had gone to the Dewan Sivik MBPJ PPV earlier today, but were told to try our luck at KLCC PPV instead.

“But we were told that vaccination walk-ins for those above 18 only starts on August 5. We are disappointed but we will try again on August 5,” said Manimala.

“What is more frustrating is getting proper transport to the vaccination centre only to be turned away at the PPV,” said Barathan.

On July 31, the Covid-19 Immunisation Task Force (CITF) announced that a total of nine PPVs in the Klang Valley will be offering walk-in vaccinations from 2pm every day or subject to the days of operation of the various PPVs.

For non-Malaysians in the Klang Valley, the walk-ins date starts from August 9 and will only be held at the National Stadium PPV in Bukit Jalil starting at 2pm every day.

Malay Mail observed that those who were at the KLCC PPV for walk-ins today were mainly the elderly or those who did not have digital devices to provide them access to the MySejahtera app.

While KLCC PPV frontline workers did their best to answer queries, provide explanations and direct eligible individuals to their vaccine station, some — mainly the elderly — could be heard complaining about not receiving their vaccine appointments or not being able to make sense of the MySejahtera app.

Then there was 17-year-old student Ashraf Abdul Halim, who came hoping to get vaccinated by September as he aims to pursue his studies overseas.

Being a month shy of his 18th birthday, Ashraf explained that he had tried the helpdesk feature on MySejahtera but was instead told to try for a walk-in vaccination slot

“I need to be fully vaccinated before September if I am to be allowed to travel to Jordan to pursue my studies.

“While the app helpdesk feature has been helpful, I am not 18 just yet. But I was told that I should come to the PPV to seek a walk-in vaccination slot instead and move on from there,” he said.

The walk-in vaccinations are done on a first come, first served basis. Depending on the supply at each of the participating PPVs, walk-in individuals will be placed under a “standby list” to attend the following day if the vaccine supply on that day has been used up. 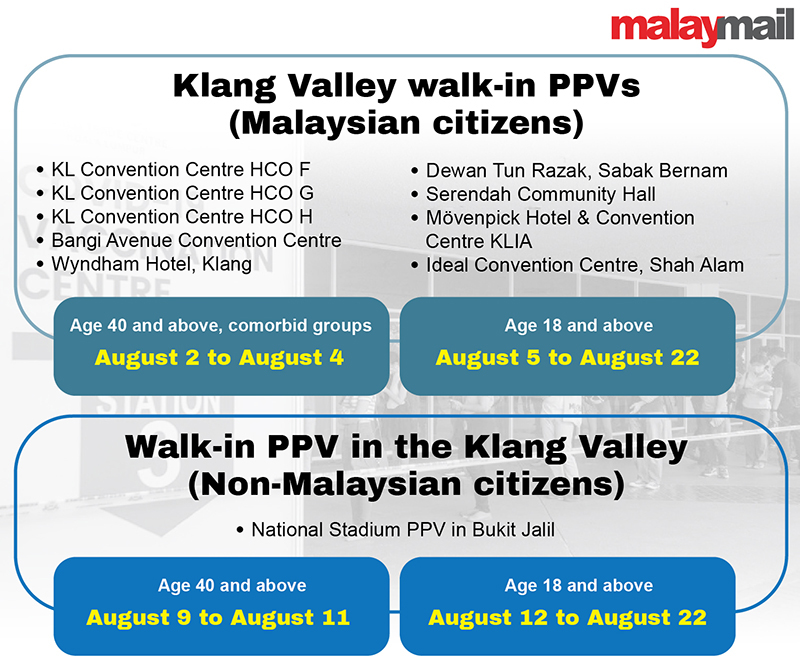 CITF in their July 31 statement stressed that those who already have prior appointments are not allowed to attend the walk-in sessions and they are also not allowed to cancel an appointment on a future date just to try for a walk-in now.

Reza, who was accompanying his 58-year-old mother, explained that the walk-in initiative was necessary for those who might have cancelled their prior appointments due to unforeseen circumstances.

“In the case of my mother, she was unwell last month and had to cancel her appointment. But we notice that she was not given a subsequent appointment date. We were quite worried she might have to wait for longer before she can get a new appointment date.

“So, we decided today to just come for the walk-in and thankfully she got her shot,” he said. 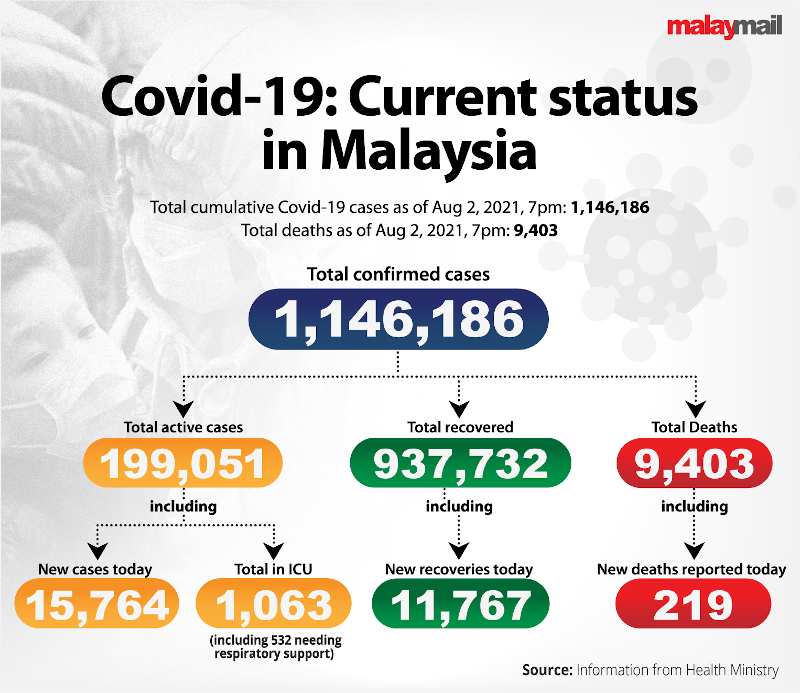